Sunday saw the Bathurst Rifle Club OPM with 45 shooters from across the state attending for what was again another testing day at the Bathurst Full Bore Rifle Range. Saturday was an extremely windy day during which time club members made the range ready for the visitors and contended with setting up the electronic target systems in preparation for Sundays shooting, fortunately a better day was forecast for Sunday.

People arriving at the range on Sunday were greeted with perfect conditions to enjoy the day’s events although the wind and mirage made for challenging conditions with the predominately west to south westerly breeze continually swinging and dropping off. Early in the day it also occasionally swung to show the mirage drifting from the east briefly before the flags were up again from the west and the mirage again showed a run from the west. Many were caught out dropping points to these rapid changes but as often happens someone can capitalize on a prevailing condition.

With almost half the total field competing in F Class Standard it was going to be a tough competition and at the first 500 yard range Malcolm Sharp of Lyndhurst Rifle Club managed an almost perfect score of 60.9 in the tricky conditions missing the super centre only once on his second shot. With the difficult shooting conditions there would be no more possibles achieved in F Standard for the day and the aggregate win went to Bob Hollow of Fashions Mount Wellington Club with good consistent shooting with Bruce Rowlands of Lyndhurst Club also a consistent scorer to finish only three super centres away. In F Class Standard b Grade Bathurst Club member Mark Worrad made a rare appearance to show he has what it takes winning two ranges and taking out the days aggregate win over fellow Bathurst Club member Col Howell one point away in second place.

F Class Open was won by Ben Ferrara of Lithgow Rifle Club who was the only other F Class Open shooter to score a possible during the day with a 60.4 at the second 500 yards range. Peter Mackay of Katoomba Club finished six points away in second place.

With the increasing number of shooters starting to contest the FTR Class in Australia, which is one of the disciplines competed internationally at World Championships held every four years, Bathurst Rifle Club included it in this year’s program for the first time. The number of entries in FTR was very pleasing with Alexina Bunt of Katoomba Rifle Club, who has been shooting very well lately, showing great consistency to win the number one badge over Bathurst shooter Geoff Willis six points away in second place.

Thank you to all the competitors for your support this year and particularly the FTR shooters who supported our inclusion of that growing discipline. Thank you also to Dave Waters for the supply and management of the electronic target systems, even with this year’s change to a fifteen shot match at 600 yards we were still able to finish before 4.00 pm. Lastly thank you to all the club members who put in a couple of long days to make it all happen.

The next local shoot will be held 9th November at the 300 yard range being the first range of six Diggers and G James Cup matches over 300, 500 and 600 yards. 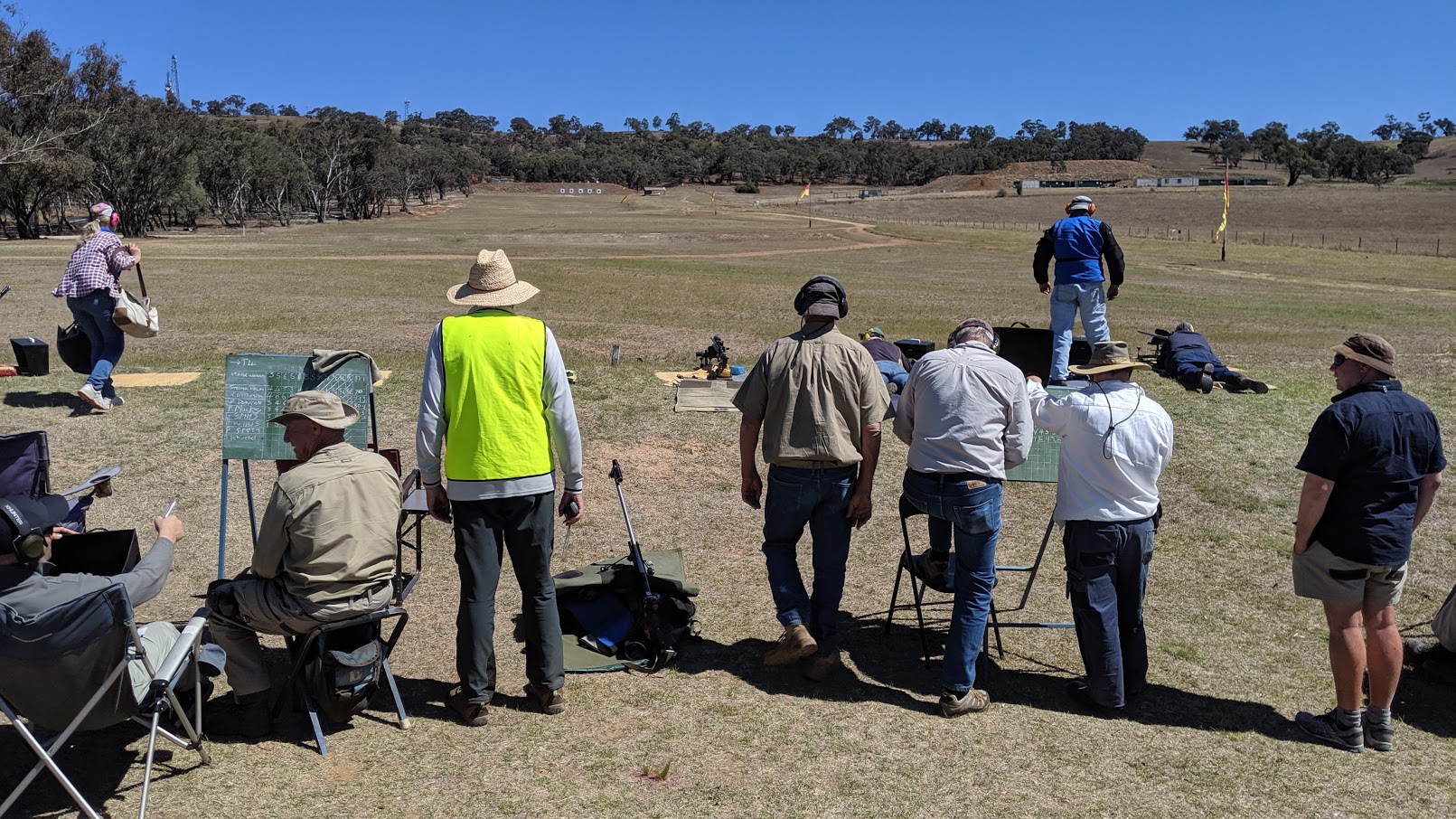 Get the Latest News by email.